A General View of Karacaahmet Cemetery 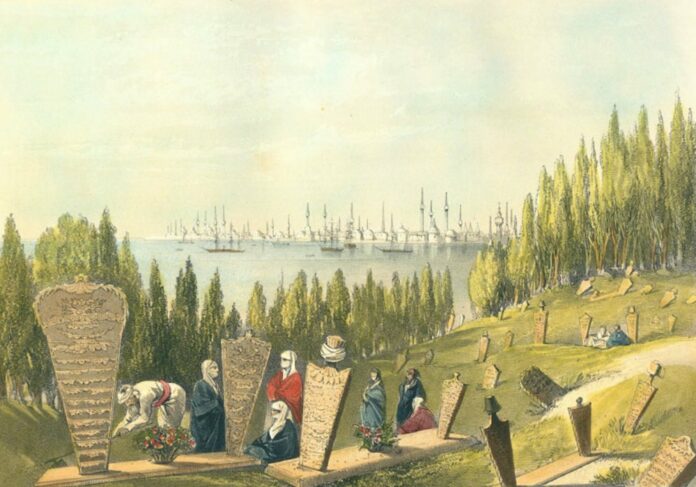 It would not be an exaggeration if we said that death is the fairest act in the world because everyone knows that doesn’t matter if they are wealthy or poor, strong or weak, young or old, black or white everyone will eventually die. There are different types of posthumous beliefs such as reincarnation and resurrection because of the countless number of different belief systems, cultures, ethics and norms. This diversity has also greatly influenced societies’ practices regarding corpses. Many beliefs involve burning corpses and hiding their ashes; however, in some belief systems such as Islam, Chrristianity and Judaism, corpses are buried in the ground (TDV İslâm Ansiklopedisi, 1993).

In societies where corpses are buried under the ground, cemeteries were of great importance for urban planning because they cannot be used for accommodation, settlement and building (Sumer, 2020). Some communities did not consider it appropriate to establish cemeteries in the city, as they were used only for the burial of dead bodies and for creating green areas . When we look at the Ottoman example, it can be seen that cemeteries were parts of the city and even daily life (Guncuoglu, 2014). In this article, the Karacaahmet cemetery, which was the largest cemetery in the world in its period according to Bazilli (Kapıcı, 2018), will be explained. 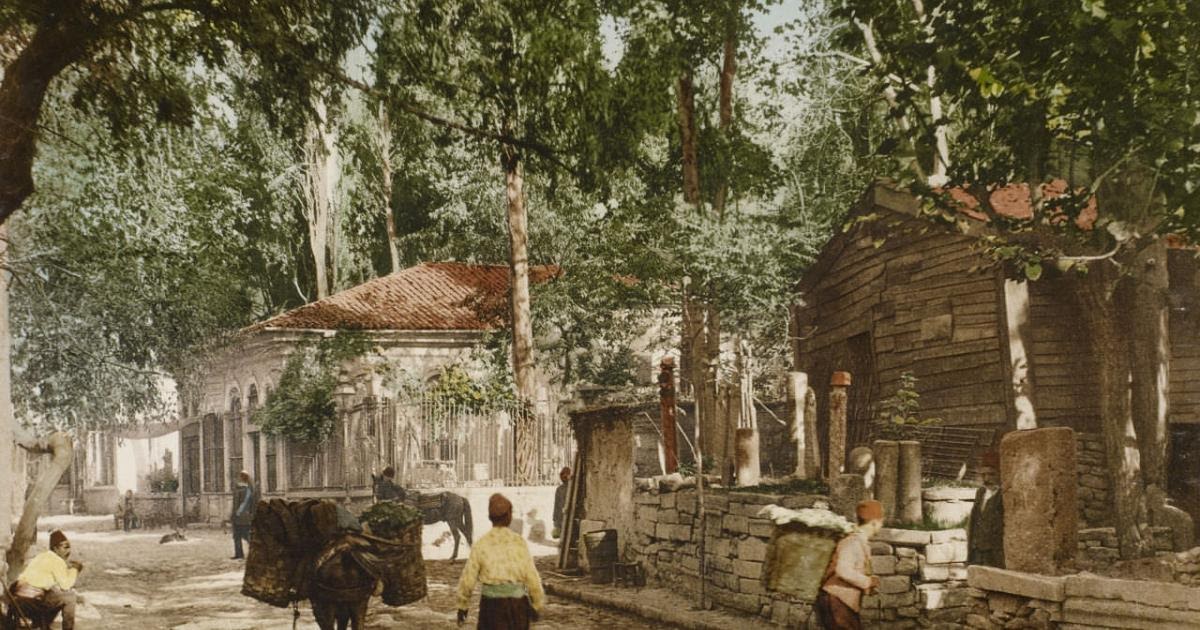 The Karacaahmet cemetery, which started to be used with Murad I in the 14th century, expanded further with the conquest of Istanbul. This expansion took place in the Ottoman Empire due to the rule that prohibited burying ordinary people within the city walls. (Aygul, n.d) The bodies were buried in cemeteries outside the city walls such as Eyup or Karacaahmet. However, most of the people interestingly wanted to be buried in the Karacaahmet cemetery because of their belief that Uskudar was an extension of the Asian continent and therefore associated with Mecca-Medina, that it was the land of the Kaaba. (Kucur, 2019)

Karacaahmet, who gave his name to the cemetery, is an important personality lived in Anatolia in the 13th-14th century and was a dervish following Hacı Bektas-ı Veli, one of the important spiritual leaders of the Muslims. (Karacaahmet, n.d., para.3) After the conquest of Uskudar, Karaca Ahmed, who settled in the region where the tomb and cemetery known with his name today are located, raised many followers in the tekke he established there. The Ottomans named the cemetery as Karacaahmed Sultan Cemetery because of this blessed person, and also called it Üsküdar Mekābir-i Muslimîni (The Muslim Cemetery of Uskudar).(TDV İslam Ansiklopedisi, 2001) 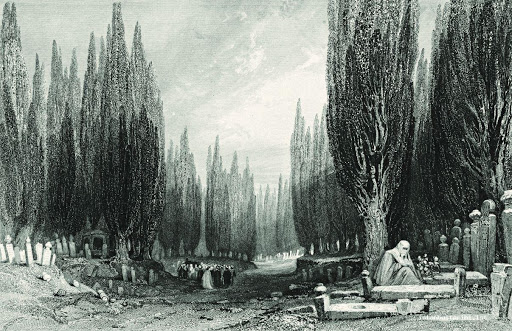 According to some sources, the cemetery, which consists of many sections and covers an area of ​​700 acres, contains three million tombs although most of which has been destroyed and opened to settlement (IPFS, n.d, para.4). However, according to the official sources of Uskudar municipality, this number is around one hundred and fifty million. (Üsküdar, n.d. para.1) Although these numbers are not certain, it can be said that millions of people were buried in this cemetery. Karacaahmet Cemetery, which has been a cemetery for about 700 years, contains six dervish lodges and a namazgâh (an open prayer place), three mosques, seven fountains, two schools, a hospital and many wells in and around it.(TDV İslam Ansiklopedisi, 2001)

Some of the important parts of the cemetery are as follows: Miskinler Dervish Lodge, which was established both to protect healthy people and to house lepers who have no chance to live in the community;(İSTED, n.d. para.1) The Calligraphers Hall, where  Hamdullah Efendi, who is known as the greatest teacher of Turkish calligraphy, and many calligraphers are buried; (Üsküdar, n.d, para.1) Duvardibi, which is a place with a water clock on the edge of the wall at the Dortyol junction; (TDV İslam Ansiklopedisi, 2001) Seyitahmet, one of the biggest halls of the cemetery, is the place where Muslims belonging to the Shia sect are buried;(Envanter, n.d. para.1) Sehitlik, where the martyrs of the Çanakkale war are buried. (Aykol, 2020) In addition, many pashas and noble families from the Ottoman and Republican eras have their own halls .

In addition, the Karacaahmet cemetery is not only important with its size and the important people in it, but it is also a forest which includes some important trees such as cypress, laurel, hackberry and various plants. The Parks and Gardens Directorate has taken the 9 cypress trees in the cemetery to the status of Monument Tree. (Üsküdar Municipality, 2005) Due to this variety of trees and plants, many types of birds and insects inhabit this place. The presence of such a huge green area in the center of the megacity of Istanbul, which has 3500 people per square meter, is a blessing for the people living there.

It would be very interesting if Karacaahmet Cemetery, which has such important features, was not the subject of people’s poems, novels and researches. Many local and foreign people have spoken of the beauty, uniqueness and fascination of Karacaahmet in their works. It is one of the rare cemeteries for which poetry is written in history. Necip Fazil’s poem called Karacaahmet is one of the best known of these poems. Faruk Nafiz Camlibel and Oktay Rifat mentioned this cemetery as the main subject in some of their poems. Konstantin M. Bazili, Hans Christian Andersen, Theophile Gautier and Lord Byron are some of the notable foreign people who mention this magnificent cemetery in their works.

In summary, Karacaahmet Cemetery, the largest cemetery of the Ottoman and Turkey, has a history of 700 years. This giant cemetery, used indiscriminately by all sects of Muslims, is a unique place not only for the dead, but also for living people, animals and plants. Although the people, municipalities and institutions have damaged it, Karacaahmet cemetery is one of the most significant cemeteries in the world.  Karacaahmet Sultan Cemetery, which is mentioned only in general terms in this article, is a potential place waiting to be discovered with its artistic tombstones, mausoleums, guilds, monumental trees, mosques, lodges, fountains, wells and many other historical artifacts.

Üsküdar Municipality, 2005. From the Lines of Poetry to the Feelings The Monumental Trees of Üsküdar. p.17-21 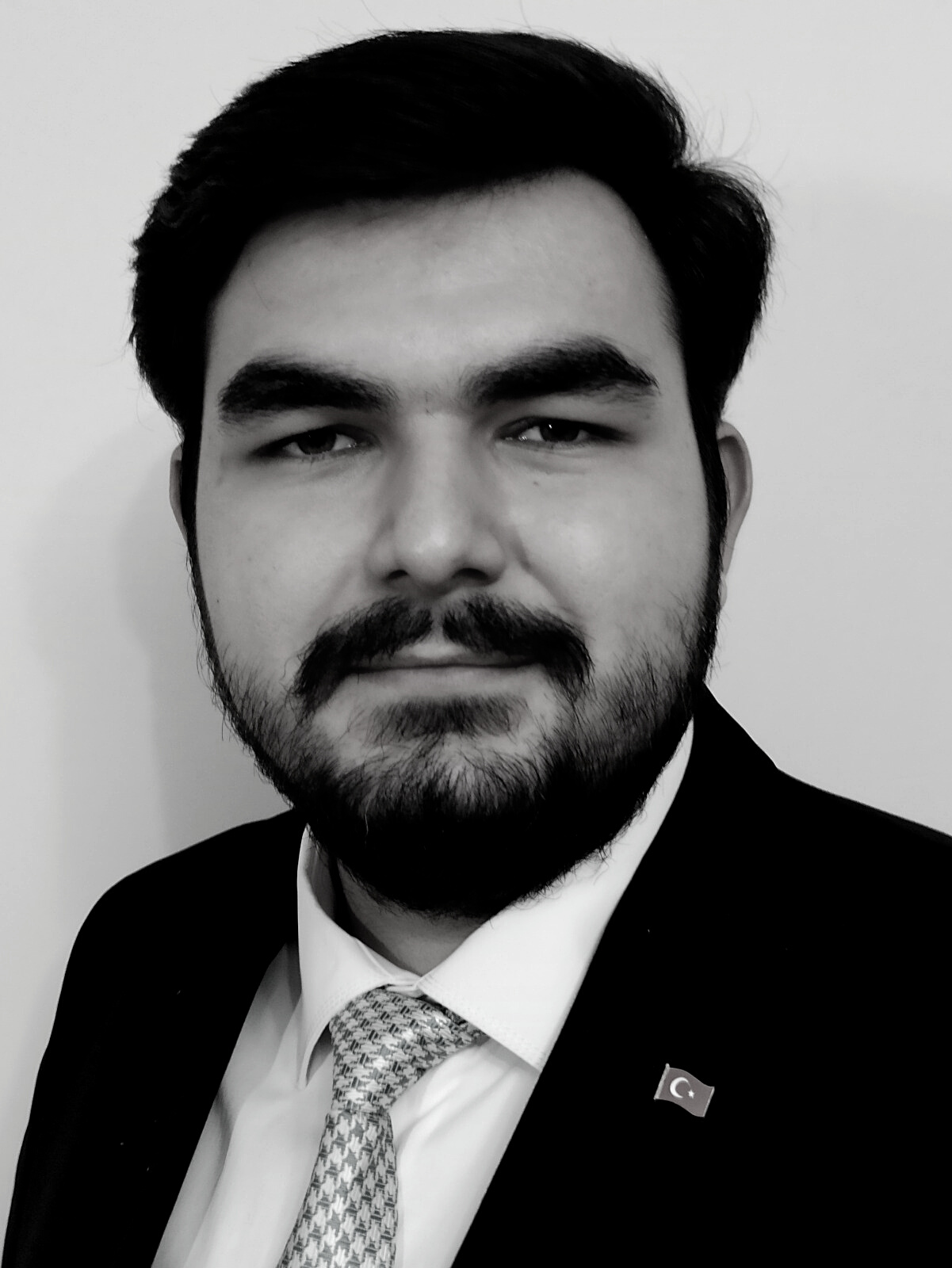